Why Are We Failing with Suicide?

This is not your everyday small soap business blog.  I’ve decided to publish it here so that it can be read by people.  It is a social issue affecting us all – and my own mental health is one of the reasons I’ve decided to pursue this little business over other options available to me.  My whanau is the most important thing in my world, hands down, and I can balance my own passions and my tamariki through Be Natural.  I think its time we sat and reflected on what drives us as individuals, and as communities and look into where we could get off the roundabout, seek practical solutions and move forward as happier people.  We cannot continue to ignore this epidemic and we have a collective responsibility to face up to our demons in this country.

New Zealand Leading the World in our Suicide Stats

Not long ago I learned that New Zealand’s suicide rate had increased.  It is now at its highest since records began 12 years ago.  We also still hold the title of highest Youth Suicide in the OECD.  I was shocked and appalled that in our small country, we had nearly 700 people who couldn’t see the point in life anymore.

But wait, haven’t we been having a conversation about suicide for years now?  Don’t we all know that we need to urgently work towards ensuring the rate comes down?  Why has nothing changed?  Why the hell has it got worse?

They didn’t acknowledge that no amount of money will provide a big enough band aid to stop people committing suicide.  They didn’t discuss that you can’t simply throw money into clinical services, encased in concrete and steel buildings, placed far away from peoples home, and expect that to save lives.  Why are we even letting people get so ill that they need this dehumanized and clinical approach?

Up to 20% of Kiwis will experience mental distress and will seek professional intervention or support. Of this, 5% suffer from a serious mental disorder.

Can the ‘mental health crisis’ that leads to suicide ever be dealt with by clinical services in flash buildings.  So far, its failed.  So far it ignores people.  Only the clinicians and the academics are getting any airtime on this terrible epidemic.

We need to take a good look at how we live as New Zealanders.  We have so much work to do, in all areas of our economy, communitites and government to overcome the appalling rates of mental distress.

Why has it got this bad?

We’ve designed a society which doesn’t cater for our human needs.  Things are shaped around productivity, achievement and a blurred representation of ‘success’.  We’ve ignored not only ourselves, but the precious environment we inhabit.  We’ve forgotten that we are part of a whole ecosystem, and it that needs resilience at its core to thrive and to be healthy.  Without resilience, we have nothing.

Are we too busy?

We throw our tamariki into childcare from young ages, ignoring their needs for attachment and security.  This can have lifelong detrimental effects on health and wellbeing, for both parents and children.  The research on this is clear and unequivocal.  Babies needs their main caregiver for the first 1000 days for their brains to develop into healthy brains.  So many of our tamariki do not get this.  We stay busy while raising our children, always on the go, with money to earn and activities to complete.  Do we have enough time to just be with our children?

Our children are forced into square holes, even when they are round.  The needs of a myriad of children in our education system are ignored. Especially children with neurodiverse conditions (ADHD etc) who constantly hear things from a perspective that doesn’t resonate with them.  We tell them, you’re flawed, get in that hole, act different, conform!  And they can’t, we haven’t given them the tools or the environment to do that.  We need to adapt the system to cater to their needs. Their wonderful qualities should be embraced, but in fact, we haven’t given them the tools to thrive.  We ignore them because its too hard, too expensive.  Schools are left hanging, finding inventive and cost free ways to deal with these kids.  Many leave school leave school early with little to no education.

We tell kids that success is in competition, and we turn every aspect of their week into a competition.  From the constant testing and spelling bee mentality in school, to parents yelling from the sport sideline every weekend, kids learn that competition is important and that it’s healthy to beat down your fellow competitor. Kids learn that going faster, being stronger, and getting straight A’s will give you success.  This distorts success from a notion of contentment to one of attainment.

We Don’t know Ourselves

In New Zealand we have never told our youth our honest story.  We glide through childhood and adulthood with a disconnect from our shared history.  We haven’t faced up to the good, the bad and the ugly of colonisation.  We ignore the terrible impact this has on Maori.  Pakeha glide through with their blinkers shading their vision, keeping things settled and comfortable.  While Maori face the stark realities of colonisation, which include loss of language, loss of land, poverty of economic base, poverty of spirit.  We don’t face up to our past.  We ignore it.  Because that easier for some of us.  And those left over?  Well, they just need to move on don’t they?

Imagine suffering the effects of colonisation, not fitting in at school because you have dyslexia and being disconnected from your caregiver because they have to work three jobs to pay the bills?  The future ain’t looking that bright is it?

Our Justice System is flawed

We shove people in jail in this country with no plan to turn them out healed.  The prison system is still based on punishment rather than rehabilitation and we don’t even let Maori self determine their own way of dealing with offenders.  This means our prison rate will never go down.  And as our population increases, we will need to keep building prisons.  This impacts all of us and contributes to our resilience and wellness.

The economy only serves those at the Top.

We’ve also created an economy based on greed.  We’ve invented a system of ME instead of WE.  We prize growth over all else, which has destructive consequences for papatuanuku.  We’ve lost the connection to the land, plants and animals that surround us – that breath life into us – because we’re all too busy chasing ‘success’.   Economics indicators are easy to measure and apparently they tell us how well we are doing.  Wellness indicators are left off – it’s too expensive and too hard to measure.

Our economy is based on competition and is now so unequal that even with hard work and determination, it is still your birth situation that impacts more than anything on your life.  As the rich have become richer, society has become more unequal, and everyone knows that unequal societies do not create wellness.  Inequality causes deprivation and debt which can increase suicide risk.  Financial instability and poverty means suicide is a major inequality issue.  We know this, but we don’t deal it with.

There are a multitude of other complex issues at play here – the ones listed are just the tip of the iceberg.  We have so much to face up to as a nation.

So, is Suicide a Mental Health Issue?  Yes it is – but it’s also so much more!  We’ve got it wrong. We’ve missed the boat as humans living alongside each other.  Our suicide rate is our temperature gauge telling us how we are doing.  Guess what?  Its red hot.  It’s telling us to cool down.  It’s telling us to stop, examine, and find ways to fundamentally and thoroughly

Why do we force ourselves into pressure cooker situations of growth and success based on competition, when we could choose to slowly and carefully curate a society based on fairness and trust.  A society that embraces equality, and gives everyone a chance to fit in.  A society where we have an economy that pays our government to look after us.  We are tettering on the edge of massive technological shifts in the way we live our lives, its time to shake off the old ways and go forward with a new vision.  What we’ve been doing isn’t working.  Our increasing suicide rate tells us this.  It’s time to stop talking about money and mental health and start talking about the essential changes needed to increase wellness in all forms, across our population.  We’ve missed the boat.  Let us build a new Waka. 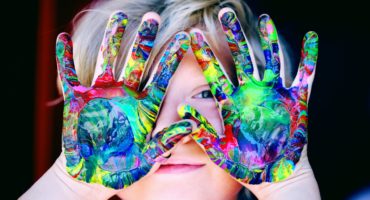 Enjoying ‘homeschool’ with your treasures, during Lockdown. 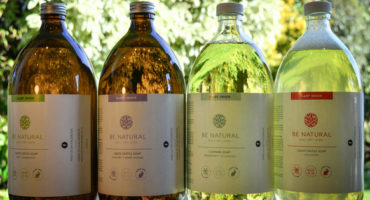 All New Line Up! 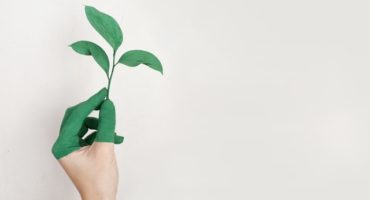 We use cookies to ensure that we give you the best experience on our website. If you continue to use this site we will assume that you are happy with it.OKNo
Revoke Cookies